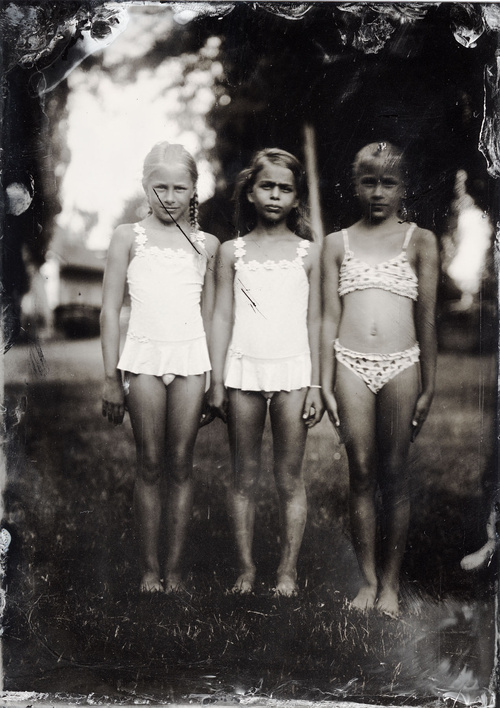 Muscles and bones is a series of photographs, created by an old photographic technique whose use is associated with the second half of the 19th century. Austrian photographer Agnes Prammer created this collection on the banks of the Old Danube in Vienna, where she set up her unusual equipment every day and thanks to it attracted a lot of attention from visitors. She photographed individuals, groups of friends, families… The technique of photography itself, in addition to conditioning the behavior of photographers, also determines models. In order for the photo to be clear, the model must choose a pose and not change it until the end of the procedure.

Agnes was primarily looking for her models among young people. In this way, she made an experiment with people who are used to “click-through” photography. Now, they had to be calm, patient and calm. Their movements and selected poses are what Agnes was most fascinated by. At that moment, their body was adapting to the conditions of the past.

Due to the combination of technique and content of photographs, they give the impression of not belonging to any time. But their core is still deeply rooted in the present.