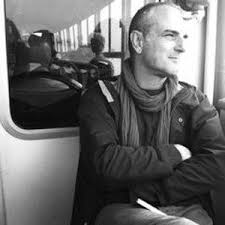 Stefano De Luigi is Italian photographer born in Cologne in 1964. He currently lives
in Paris, where he started his career by working for the Grand Louvre Museum as a
photographer from 1989 to 1996.
His numerous awards include: four World Press Photo awards (1998, 2007, 2010,
2011), the Eugene Smith fellowship grant (2008), the Getty Grant for editorial
photography, the Days Japan International Photojournalism Award (2010) and the
Syngenta Photography Award (2015).
Stefano regularly works with several international publications including The New
Yorker, Geo, Paris Match and Stern. He has exhibited his work in New York, Paris,
Geneva, Milan, Rome, London, Istanbul and Athens.
He has published 4 books: Pornoland (2004), Blanco (2010), iDyssey (2017) and
Babel (with Michela Battaglia, 2018).
Stefano De Luigi has been a member of the VII Agency since 2008.

The workshop led by Stefano De Luigi will be divided into two parts. The first one
will be illustrated with several examples, like with a photo, showing that we can
describe a story by condensing the various elements that describe the issue. This will
help the participants to understand what is important and what is secondary in the
practice of photojournalism. In the second part of the workshop, he will talk about a
precise project and all the steps leading to its final form: its genesis, the
documentation behind, the realization, the research of funds and its exploitation in
editorial and exhibition terms. 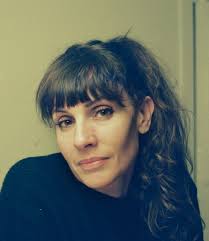 Linda Bournane Engelberth/VII Photo Agency is a Norwegian/Algerian photographer based in Oslo. On the 19th of November at 6 pm she will have a presentation on how to work on long-term projects.  She will guide you through three of her long-term projects “Wind, Sand and Stars”, “You Can Call Me a Gypsy if You Want To” and “Persona”. They all present very different approaches of storytelling. Linda will bring you through these projects while talking about research, inspiration, chaptering, how to build relationships with writers, how to use archival material (appropriation), safety measures while working in difficult conditions, and the overall concept of an exhibition and working with publications. 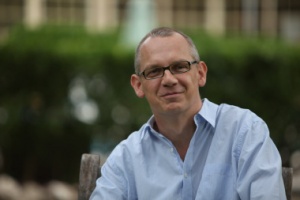 In this talk, I will explore the importance of storytelling using photography as a means to promote human rights. Drawing from real life examples of my extensive work with people from LGBTQ+ communities globally, we will talk about positionality, representation, and ethics when making work that is created especially to promote equality and respect.

The ability to elevate your personal photography from taking a pretty picture to one of a storytelling medium, is what differentiates the eager amateur from the professional. The latter will constantly be concerned with his/her relationship to the subject, which in turn will find its way to the physical position the image maker will claim in a particular situation. Any serious photographer will ask: what is my right to be here? And hopefully: what are the ethical boundaries of my visual representation of the people I am portraying?

Most of the information that is treated in this talk, can also be applied in other situations for a variety of different photographing styles and interests.

Koen Suidgeest (Amsterdam, 1967) is a photographer, documentary filmmaker, and teacher. A 1995 honours graduate of the University of the Creative Arts in England, Koen started his career as a cinematographer. After a short but successful stint in producing and shooting fiction, from 2002 he dedicates his time exclusively to creating documentary film and photography.

Koen’s projects deal with human rights issues with a recurring focus on the rights of women in the developing world. He likes to observe without judging and is known for his ability to get close to his characters. With his documentary Casting (2006) he became the first Dutch filmmaker to be nominated for a Spanish Academy Award (Goya). His multiple award-winning Karla’s Arrival (2011) was selected for more than 45 film festivals, broadcast in 15 countries, and won him widespread international recognition. Koen’s first photo exhibition, Costuras a flor de piel (2014), travelled during four years through five countries.

As a recurring collaborator of the Human Rights in the Picture Foundation, Koen authored two documentaries on LGBTQ rights, Out & About (2016) and m/f/x (2019). Both have travelled extensively as tools for activism and education. Out of the latter came his latest photo exhibition, Preferred Pronouns, a collection of portraits of transgenders from different corners of the world.

In January of 2020, Koen published his first photo book, Why I Cry On Airplanes. The book is a personal journey past 15 years of photography from all over the world.

Koen teaches image making at a variety of universities, among which the Institute of Cultural Anthropology of Leiden University in the Netherlands. He is a sought-after tutor for international writing and pitching workshops, served on the jury of several film festivals, and is currently the President of the board of Leiden Shorts, a film festival. As a public speaker, he recently gave his first TED talk. 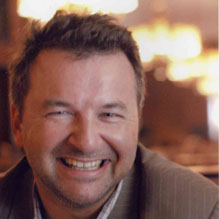 Mads Greve is a photographer and associate professor in photojournalism at the Danish
School of Media and Journalism (Danmarks Medie- og Journalisthøjskole). Since 2005 Mads
has been a member of Prospekt Photographers in Milan, Italy.
He has worked as a staff photographer at Morgenavisen Jyllands-Posten and as a freelance
photographer and has had work published in or done assignments for D la Repubblica,
Italian Vanity Fair, Italian Wired, Diario, Vision (China), Liberation, Politiken and Berlingske.
Mads was a member of the jury for the 2010/2011 Danish Picture of the Year contest and at
the 2013 Vilnius Photo Circle and he was in the mentor team for Aarhus Independent Pixels
2015. He won two first prizes in the Danish Picture of the Year contest, has exhibited at
Copenhagen Photo Festival and has published two photographic books.
Today he works with photographic projects in addition to his teaching.
Mads lives in Århus, Denmark.

To view this workshop online, visit the following link.

The workshop will be divided into two parts. Jos Verhoogen will talk about the language of painting: starting from the basic rules of composition, to the utmost importance of “capturing” fascinating reports.

Carine Van Gerwen will show you how she tells a story with her photographs, inspired by the genre scenes of 17th century painting. What can we learn today from these paintings and what are the symbols of our time? He will talk about the whole creative process: from thinking about the idea, through looking for props, building a composition and maneuvering with light and necessary expressions, all the way to the final interventions in Photoshop.