The world-renowned Norwegian photographer and winner of over 50 prestigious awards, Espen Rasmussen, will officially open this year's Vizualizator with People in Need exhibition on November 17th at 7 p.m. at the UK Parobrod. Rasmussen's work is widely recognized, earning him the epithet of one of the most prominent professional photographers today.

Rasmussen, photo editor in one of the leading Norwegian magazines Verdens Gang (VG) and member of the famous photography agency VII, in his photographs exposes the harsh aspects of contemporary social reality and points to the pressing political, social and environmental problems facing modern civilization. Emotional stories told in an equally powerful photographic language have brought the author numerous awards and accolades - several World Press Photo awards, the first Sony World Photography award, several Picture of the Year International awards and over 40 Norwegian Picture of the Year awards. For many years, Rasmussen has been working on several long-term projects (TRANSIT, Hard.Land, White Rage) that led him to Colombia, Armenia, Afghanistan and other parts of the world.

His photo exhibition at this year's Vizualizator documents the consequences of social crises, environmental problems, natural disasters and political turmoil. Rasmussen will also conduct a workshop at 5 p.m. on November 17th at the UK Parobrod. Local professional photographers are invited to participate in order to improve their knowledge in cooperation with an internationally recognized author.

The exhibition Sit with Everything at this year’s festival will present the esteemed Serbian author, Ema Bednarž, whose work confirms the high accomplishments of local professional photography.

The author deals with the issue of human relations in the era of social media as dominant way of social interaction. Through photography medium, Bednarž explores the teachings of the Japanese philosopher Shunryu Suzuki in a given social context. Dealing with the problem of understanding the world around him, Suzuki based his philosophy on the idea of ​​identifying man with his environment. Following Suzuki's instructions, with the exhibition Sit with Everything, the author calls for a deeper insight into the world and the people around us, through openness and acceptance. 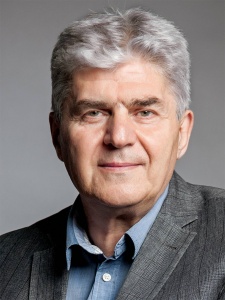 The exhibition Flickering as a segment of the 10 th Vizualizator will present the works of Boro Rudić, an award-winning Macedonian and world-acclaimed professional photographer.

With the exhibited works, the author raises the question of the limits of perception and the role of aesthetics in (re)defining them. In the medium of photography, Rudić explores the space that lies beyond the comfort of a certain visual understanding, including the observer in his curiosity.

Boro Rudić is an accomplished author in the fields of artistic and propaganda photography, as well as photo design. He is one of the few photographers who has had the opportunity to exhibit in the art gallery of the Macedonian Academy of Sciences and Arts.

He also holds the title of Master of Photography, the highest title awarded by the Photo Association of Macedonia. During several decades of work, he received over 60 awards, among them Gold Media Lions in Cannes in 2009 and Silver statuette at the Euro Effie Awards in 2014 in Brussels. 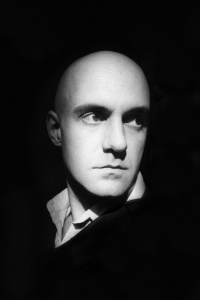 Lorenzo Castore's exhibition at the 10th Vizualizator introduces the local audience to the photography of the award-winning and internationally recognized Italian author. The selection of works that will be presented at this year's festival brings together the multi-decade Castore's opus as a professional photographer and visual artist.

The exhibited photographs convey the specificity of Castore's work method, in which he approaches the subject not only from the point of view of the observer, but also as a participant in the story. His works are characterized by a strong visual expression of rough, unrefined tones that Castore, not without a certain poetic sensibility, realizes in black and white photographic technique.

Lorenzo Castore is one of the most esteemed professional photographers today, whose photographs are conquering the international scene. He first started taking photographs in the US, documenting life on the New York streets. His work continues, first in his homeland, Italy, then in other parts of the world. Castore's photographs are taken in France, Poland, India, Mexico and Cuba. Also, in 1999 in Kosovo and Albania, he documents the fate of the Serbian people.

Castore is the winner of numerous awards, among them Dintorni dello Sguardo, Mario Giacomelli and Leica European Publishers' Award. He frequently participates in various projects in which, in addition to photography, he also explores other visual media. His exhibitions are held all over the world and his previous work is published in several monographs.

Young local photographers will be presented at this year's festival with the exhibition called Missing body.

The human body, as a timeless artistic inspiration, is the main motif of the works in which the authors, through photography, express their fascination with the body in context of its absence, that is, different types of visual perception.

Exhibition Nude Photography introduces the audience to the work of a group of local photographers named after the famous Salon des Refusé – “exhibition of rejects”.

A timeless motif that finds its interpretation in any medium of visual art from earliest human history until today, the nude, as an aestheticized representation of the naked human body is also present in photography. The concept of human nudity and the way of its visual representation is conditioned by social and cultural factors that have frequently challenged artists throughout history.

In the presented works, the authors investigate the problem of the nude in contemporary artistic photography, which seeks to justify its place in the context of disjointed social values.